STOCK MARKET VOLATILITY AND YOU

Wow. These last two weeks have been an amazing ride for the stock market. 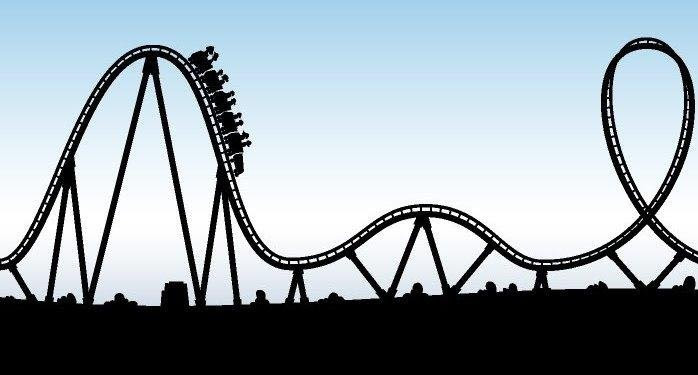 That is the definition of volatility.

Everyone wants to know WHY. There is always speculation, but definitive answers are rare. Emotions, particularly greed and fear, are always contributing factors. Likely causes include The Trump/Republican Tax Law. It fueled fear that an overheating economy will cause inflation and rising interest rates–two things investors dislike. Concerns are growing that this law will explode the federal debt as revenue decreases and expenditures increase. Also, a new Federal Reserve Chairman just started working that week. So what should you do?

The stock market has been steadily rising since shortly after President Obama took office in 2009. Investors became complacent; there seemed to be no risk involved. Some investors who fled the market in 2007 never returned. They stashed their money in “safe” accounts that lost buying power to inflation while the market climbed. Many young potential investors have never experienced a significant market drop. Others have never really invested.

A sharp drop like this can occur at any time, whether for seemingly arbitrary reasons or due to a significant economic or political event. Another 10% or greater drop could occur next week.

It is important to learn from what happened. Changing your portfolio to a more cautious mix should be based on your financial situation and your attitude, not on events. If it has been a while since you reviewed your accounts OR if the last two weeks has really bothered you, maybe it’s time to talk with your friendly financial advisor.

* Sources: www.investing.com and money.cnn.com. The Dow Jones Industrial Average is noted above since it is so high profile. I prefer to look at the Standard and Poor’s 500 Index because it is based on a larger cross-section of stocks. You cannot directly invest in indexes, though alternatives are available.

Check the background of this investment professional on FINRA's BrokerCheck. © Copyright 2018 Bob Dreizler. All rights reserved Investment Advisory Services offered through Investment Advisor Representatives of Cambridge Investment Research Advisors, Inc., a Registered Investment Adviser. Securities offered through Registered Representatives of Cambridge Investment Research, Inc., a broker-dealer member. FINRA/SIPC, to residents of: CA, HI, MT, OR, TX, WI, and WY. If you are not from one of these states, we will not attempt to transact securities, or provide personalized investment advice unless and until we are licensed in your state or international jurisdiction. This website and Bob's Latest Commentary newsletter are for educational purposes only and are not intended to contain recommendations or solicit sales on any specific investment. Opinions expressed in my newsletters and this website do not necessarily reflect the views of any other organization mentioned.