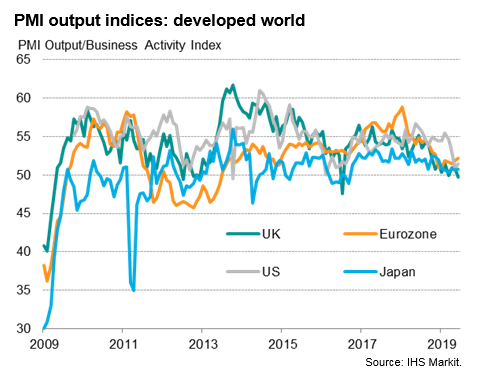 With all the talk about the LOOMING RECESSION, I thought I’d share some thoughts.  I know recessions are boring to read about.  They are also boring to write about, but some readers want to know what I think about the economy.

So, what is a “recession”?  It derives from the root word “recess”.  It’s like taking a recess from those tedious good economic times.  It’s like a depression, but less depressing.  Recessions are part of the economic cycle.  A good economy does not continue indefinitely; there are periodic, unpredictable downturns.  We don’t even know that we are in a recession until it’s been going on for a while.

I can say with a degree of certainty that a recession is coming.  What I can’t predict is when it will start, how long it will last and how severe it will be.  An often told joke at financial conferences is, “Economists have predicted nine of the last five recessions.”

In 2016 Donald Trump convincingly told the American people that we were in a recession.  We were not.  We are probably closer to one now, though he talks about how great the economy is.  As I always say, the economy and the stock market are not the same thing.

So, if you knew that a recession would start in 2020, what would you do about it?  Get totally out of the stock market?  Where would you put your money as an alternative?  Then, when would you get back in?

Having a mercurial President does not contribute to stock market stability.  He is a master at starting dumpster fires, panicking everyone, then dousing the fire as he declares himself a hero.  Trump’s Tariffs are a perfect example.

Naturally, the day I started to write about recessions, the weekly economic report came out showing a surge in new jobs and a lowering of the unemployment rate—just what a recession is not.

For those of you who are titillated by inverted yield curves, I’m including some recent related articles.

That 2020 recession you kept hearing about? Could we dodge it?

Preparing for the next recession

Check the background of this investment professional on FINRA's BrokerCheck. © Copyright 2018 Bob Dreizler. All rights reserved Investment Advisory Services offered through Investment Advisor Representatives of Cambridge Investment Research Advisors, Inc., a Registered Investment Adviser. Securities offered through Registered Representatives of Cambridge Investment Research, Inc., a broker-dealer member. FINRA/SIPC, to residents of: AZ, CA, HI, MT, NM, NV, OR, TX, VA and WA. If you are not from one of these states, we will not attempt to transact securities, or provide personalized investment advice unless and until we are licensed in your state or international jurisdiction. This website and Bob's Latest Commentary newsletter are for educational purposes only and are not intended to contain recommendations or solicit sales on any specific investment. Opinions expressed in my newsletters and this website do not necessarily reflect the views of any other organization mentioned.